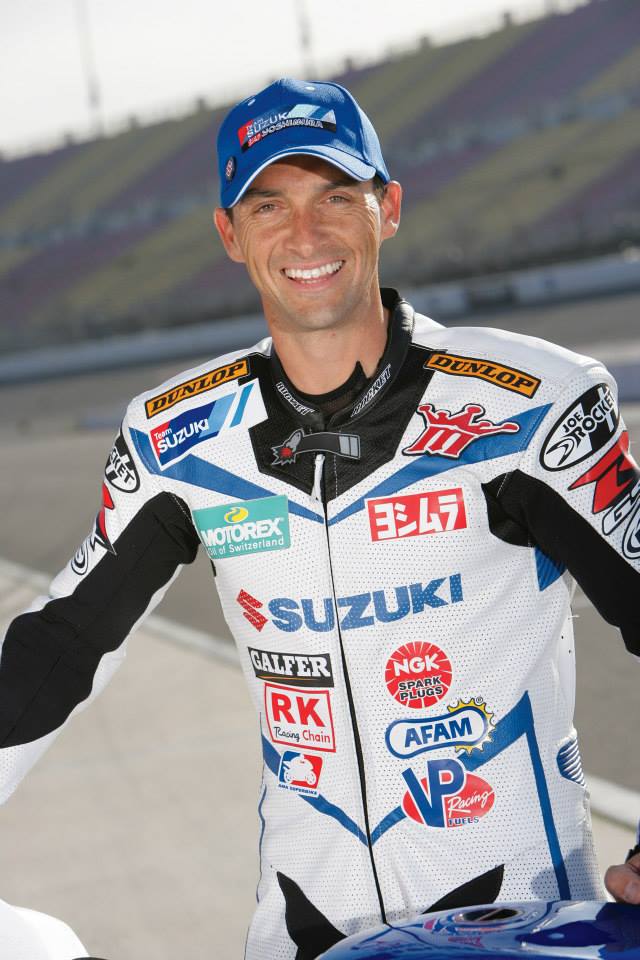 Mat Mladin, seven-time AMA Superbike Champion, pictured here in 2007, will be on hand for this weekend’s big MotoGP/MotoAmerica event at the Circuit of the Americas in Austin, Texas.

Chino, CA – (April 10, 2019) – Mat Mladin, the seven-time AMA Superbike Champion who won all his titles racing for Yoshimura Suzuki Factory Racing, will be on hand for this weekend’s big MotoGP/MotoAmerica event at the Circuit of the Americas in Austin, Texas.

Fans will have the opportunity to meet with Mladin and have autographs signed at the Yoshimura Suzuki pits inside the MotoAmerica paddock.

Mladin holds just about every record in MotoAmerica/AMA Superbike racing history, including the most championships (7), most wins (83) and poles (50). He was also a major safety advocate during his racing days and successfully pushed the series to adopt higher safety standards. Mladin has only been back once to attend a race in America since retiring from racing in 2009 and moving back to his native Australia.

Mladin is coming to America to have an old ankle injury repaired and decided to make a few stops along the way, including COTA, as well as a visit with motocross legend and fellow pilot Bob Hannah.

Mat Mladin in action aboard the Yoshimura Suzuki.

“It’s going to be good to get back into the paddock this weekend at COTA,” Mladin said. “It’s been a long time and I’m looking forward to seeing friends from my racing days. After the race weekend we will be Idaho bound to catch up with my old friend Bob Hannah and maybe kick his butt a little from the pilot’s seat in the back country.

“From there I head back to California to have my ankle fused by a surgeon that fixed me many times back in the day, my friend Dr. Thomas Bryan.”

Mladin said he also has a visit to the Yoshimura R&D race shop planned before returning home.

These days Mladin is giving back to the sport by helping out a couple of young Australian racers, Max Croker in road racing and Kaleb Barham in motocross.

“I’ve worked closely with Max in road racing and in our first year as a team we finished third in the Australian 600cc Supersport Championship taking a race win along the way. Our bikes are built by Max’s dad in their double garage at home. I help Max with his training and coaching and I crew chief at the track. Last year I also supported young Kaleb Barham in the Australian Motocross Championship, MX2 class. This year Kaleb is racing in the same class and looking to improve his overall results. I’ve enjoyed the role and look forward to the future.”

While here Mladin said he plans to explore opportunities for his riders to race in America.

“We’re happy that Mat is taking the time on his trip back to the U.S. to visit with us and his fans at the COTA event,” said President of Yoshimura Racing Don Sakakura. “He certainly set the standard by which all other riders in this series are compared and we are proud to have him part of the Yoshimura Suzuki family.”

The combined MotoGP weekend at COTA is round two of the MotoAmerica Superbike Championship. Yoshimura Suzuki’s Toni Elias leads the series coming into this weekend’s races.

For additional information on the races this weekend in Austin visit www.motoamerica.com or www.motogp.com.